We've had a normal week with a crazy weekend!

During the week we found a ton of new investigators and have been following up with various people- it's always fun to have new people to teach. This week, after daily planning, I've been brushing up on my pastry skills. On Tuesday I made cookies (for the first time in Paraguay) for some recent converts that completed a year of being members. For Thanksgiving on Thursday I made a square apple pie using tarta shells from the dispensa- it turned out a little different looking, but tasty nonetheless. We had a fun Noche de Hogar and I got to share a little bit of our traditions with some members and my companion.
This week we've been really focusing on doing our very best and working by the spirit. Even just the thought of focusing more on the spirit is helping me be more attentive and see the spirit working through/with us. It's really just the small things that make a big difference when taking the effort to hear and follow the "still small voice".

So crazy weekend part: We entered into the Paraguay Spring pre-Summer storms where it gets SUPER humid-hot, then clouds roll in, the wind gets cold and it rains buckets for about an hour. All day Saturday and Sunday morning it was SUPER hot, then, right after leaving our lunch appointment yesterday it started POOOOUURING rain. We. got. soaked. After cleaning up and getting dry we had to start water-proofing our house because the rain was so hard it started dripping from the roof. The rain lightened up, we went back out and when we got home later all was well. This morning, however, we got up, set out our exercise mats and while we started stretching/exercising my comp pointed out some gusanitos that were on the floor. Upon further inspection our whole apartment floor was being transversed by various worms. We cleaned out the trash, mopped up the floor and we still kept finding some-- we're thinking that maybe they were in the roof and came down with the rain. We permitrina-ed our entire apartment and are hoping that not a living bicho will be found when we get back. Wakala. (ew)

Every day is still an adventure. 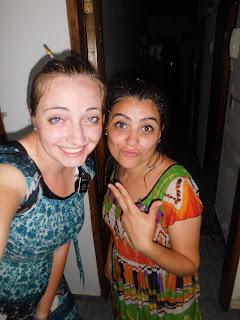 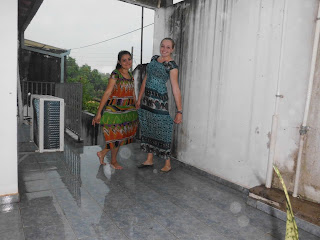 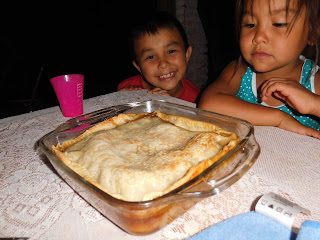 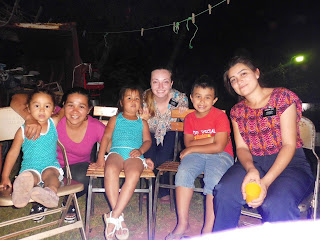 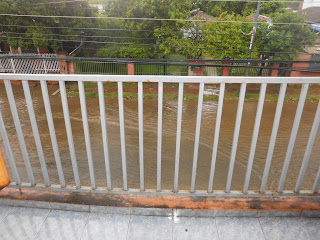 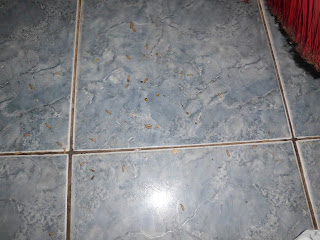 The Work is Hastening

So changes happened, Hermana Douglas se fue and Hermana Diaz came to stay. Hermana Diaz is from Buenos Aires, Argentina and speaks English well- so we are helping each other mutually with our second languages. Since Wednesday we've been working hard to find more people to teach, follow up on those who are progressing and invite even more people to come unto Christ.

Saturday we had one of the coolest experiences of my mission: Elder Rasband, of the 12 Apóstoles, came and talked to the two missions of Asunción and Asunción Norte. He spoke of the potential here in Paraguay and how the work is hastening in the Lord's time and through His servants. I was inspired by a story he shared about when he participated in a reunion with President Hinckley and other general Authorities. He said that during the reunion President Hinckley told them, "I've often said to do our best, but we must do our very best." I feel truth in this statement- we must do our best, but it must be our very best- that way we feel satisfied and may have the Lord's promise that He'll make up the difference. (2 Nefi 25:23)

It's getting hotter, however we have been having random, chilly days brought in by strong winds- not complaining. Every day we come home pretty tired, but seriously- it's the most satisfying type of tired I think I'll ever feel. I love missionary work. 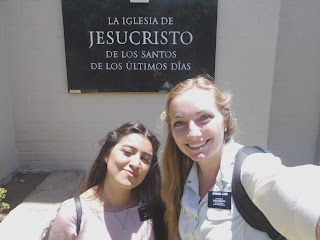 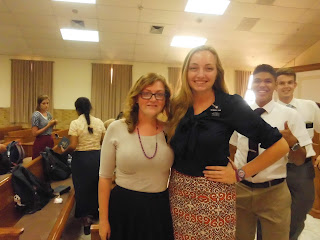 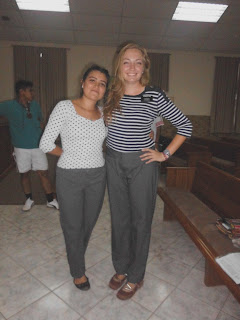 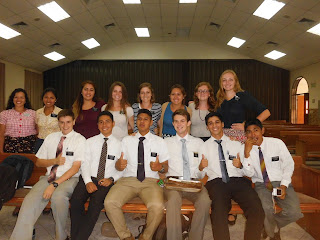 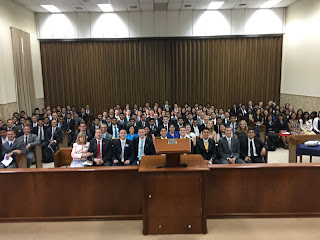 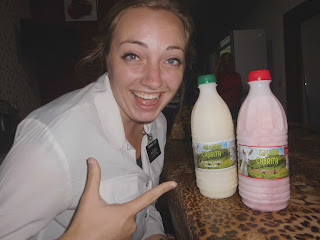 We've had a fairly normal week this week, full of Spring tormentas and Summer sun. We've been working with the references from the Capilla Abierta and getting new, upcoming activities planned with the members.

Ok, funny story: So there is a family in our ward that we eat with on Saturdays and they have a dog. Every time we pass by their house, be it in the middle of the week or Saturday, the dog follows us for a good few blocks. This last Saturday, Sam decided to break free and have a day with the missionaries- it was horrible. We felt so bad, but weren't sure what to do because she just followed us and wouldn't stay at her house. We thought she'd go home after  few blocks, but ended up following us clear to the other side of our area where things are a little more sketch. She ran through mud, got attacked by other dogs, was shooed away with rocks by our investigators, and almost got hit by various motos-- it was a rough day for Sam. All day we were thinking she'd be killed, but somehow survived the day and, after some lessons fell through, we walked her home. She's now the inspiration behind my new Deseret Book kids book- "Sam Goes Out with The Sisters" (dibs on the copyright).

In other news, Hermana Douglas will be going home this week and we will have changes. Next Saturday we are also awaiting a conference with Elder Rasband and the all missionaries here in Paraguay- I am excited. 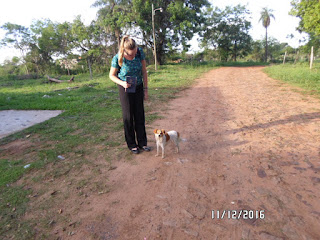 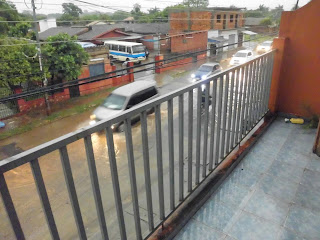 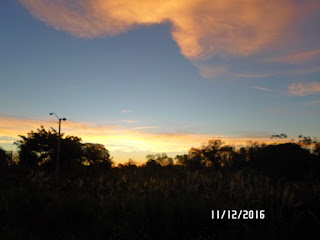 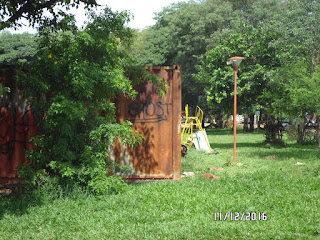 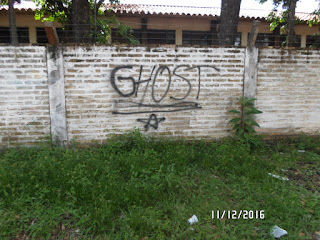 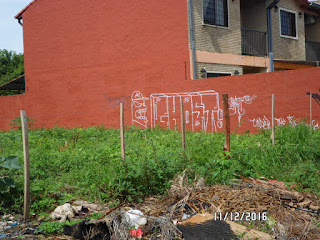 It's been a great, HOT week here in Palma Loma.

This week we've been working a lot on extending the baptismal invitation to the people we've been following up with and prepping for the Capilla Abierta. Through the references of members and a few of our past contacts we have found new people to teach! It's always fun to meet people with questions who are ready to come unto Christ and act.

Highlight reel of the week:

So on Friday all of our lesson plans had fallen through and we thought we'd go visit Dora again to follow up on her and how her neighbors are doing. After sharing a thought with her she brought up an hermana named Amalia that someone had mentioned last Sunday in class. She told us that she wanted to go visit her with us. We told her we'd be busy until the following week with the Capilla Abierta and a few appointments we had, so she agreed to going right then and there. Hermana Dora IS THE COOLEST. Even though she's about 75-80 years old, she, again, left her house and walked with us 10 blocks to show us where Amalia lives and to visit for a little bit. They say that a sign of conversion is your desires to share the gospel. Hermana Dora is truly converted.

Earlier in the week a youth in the ward, Henrique, told us of three houses he wanted us to pass by of his neighbors. After visiting two of the houses, we contacted the third reference and found a 12 year old kid that, after teaching a brief message about the importance of baptism, accepted the baptismal invitation and came to church and all of this weekend's church activities. His nick-name is Kiki and we're super excited to see how he progresses.

After a long, hot day, we passed by Jorgelina's house to get our laundry and she made us cold parsley juice. I was hesitant at first- but it is delicious. Parsley, sugar and cold water. Who knew? Later we experimented by mixing it with some under-ripe mango juice- even more delicious.

The Capilla Abierta was awesome. I remember last year when we did it in Juan de Salazar it was mas o menos. This time around we had a lot more success! The members got really into it and we had a few people show up and even got a new investigator from the chapel tours and we got a solid 18 new references. Woo!

Saturday morning, before the Capilla Abierta, we also had divisions and I got to go work with Hermana Santos in Laurelty again! It was fun to work with her again and we celebrated her hitting her year mark with getting a quick ice-cream after lunch :)

This email is a little long winded with lots of events- we are going to Capiata to let Hermana Douglas say goodbye and I don't have as much time to organize my thoughts.

Final funny story: While passing by a members house they had a visita with one of their nieces. She looked at us and kind of ignored us, until my companion started talking in Spanish and there is only one word to describe her face. She was ASTONISHED. She could not believe that we spoke Spanish- she said, "¿Hablan español? Yo no sabia luego" (You guys speak Spanish?! I had no idea.) It made our day. 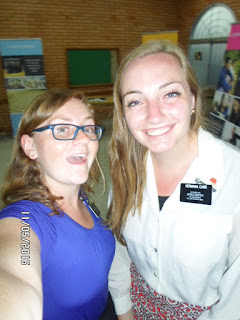 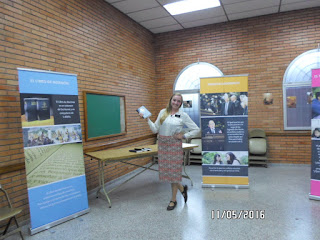 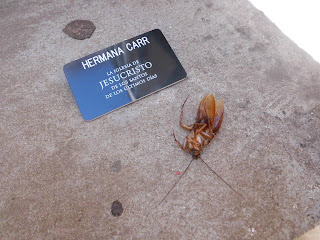 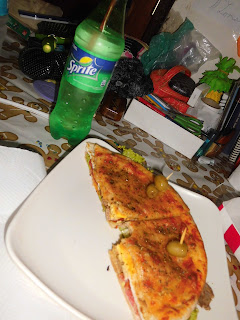 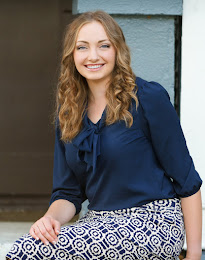 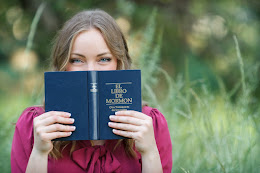